Since day one, we have not served a single paper cup. People often ask us what the deal is with the glass jars? To really understand the glass jar, though, we first have to take a look at the paper cup.

For better or worse, a paper cup with a plastic lid has become a symbol of coffee for many of us. From the infamous Greek-themed “Anthora” to the newsworthy Starbucks holiday cup, we have all become accustomed to getting our coffee in a paper cup. Even when sitting and enjoying your drink in the shop, many times your drink is still served in a paper cup. But why? Cost and convenience, that’s why. And how many times have those two things led to outcomes that were ultimately better for us? Hm…

Let’s take a quick look at the impact of the simple, single-use paper cup.

Now what’s the real cost of a paper cup?

With glass jars, we at least have a fighting chance that the vessel will be used again so we encourage our guests to bring them back. We collect them, sanitize them, and serve them again. This was a huge hit and the popularity has grown as several other coffee shops are now adopting this regimen. We would love to take credit but a great friend of ours, Zayde Naquib of Bar Nine Coffee in Culver City, CA started this about 6 years ago.

When we opened in 2019, we were shocked that not a single cafe had followed Zayde’s lead. We made it a point to be the second and to spread this sustainable practice. We do it because it is the right thing to do. We feel the need to change our bad habits in a society that has become so comfortable with the disposable.

Spending time on coffee farms made us realize the importance of sustainable practices. After all of the effort to create a sustainable growing and social environment at the farm level, we couldn’t imagine not continuing that at the market level, so we decided to use a glass jar program for takeaway beverages. 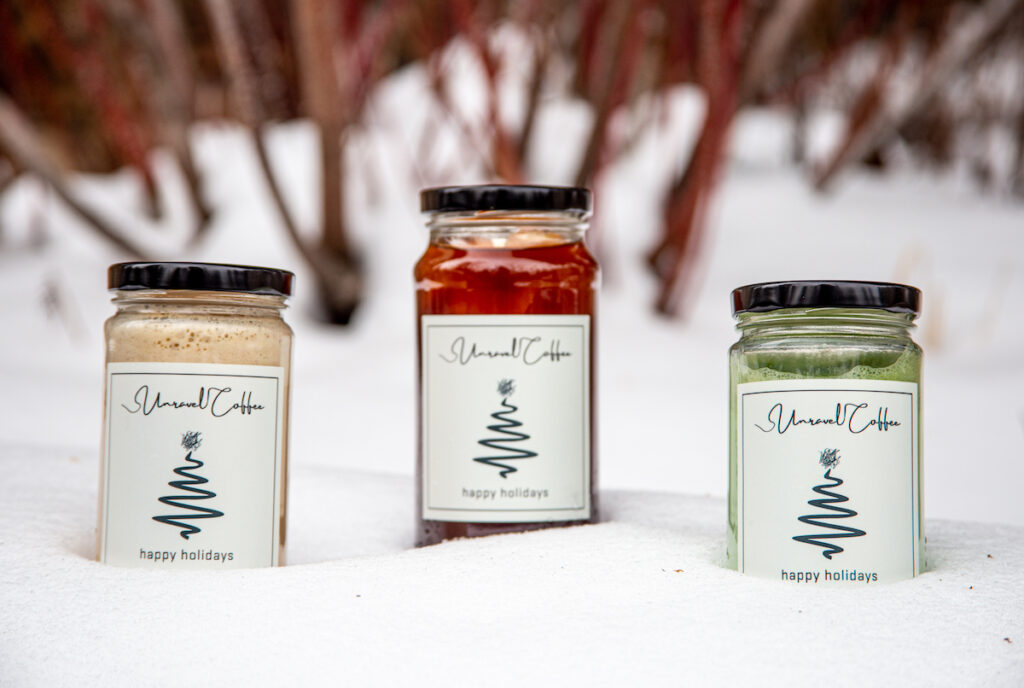 Upon each visit, please bring your washed jar/lid and place it in one of our return stations. We properly sanitize each returned jar and will serve you a fresh one. If your jar is moldy or not acceptably clean, we will not be able to reuse it.

All orders placed online at toasttab.com/unravelcoffee. Your drink will be prepared within your scheduled pick up time.

If you already have a handful of Unravel Jars taking up space in your pantry, bring them back for a drink credit! From February 8-12 bring 5-9 jars back for $1 off your drink and 10+ jars for a $5 drink credit.

deal of the day

If you’ve been looking for an adventure-loving community, Gravity Haus is where you’ll find it!! We don’t believe in a life full of ‘stuff’ and expensive, exclusive experiences. Gravity Haus connects you with the people, events, gear and adventures that make your heart feel full, without the hefty price tag. Want to learn more?